Stolen Fridays // All About Pete 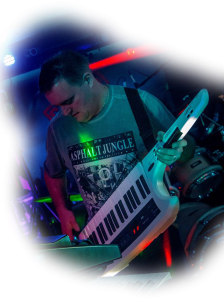 Favourite piece of kit: Hmmm, I guess I’ve fallen for the Roland AX – ultimate 80s style cheese – but there’ll always be a special place in my heart for the Kawai K1

Favourite Song: What?  To listen to or to play?  Probably Animal by Def Leppard or One Vision by Queen 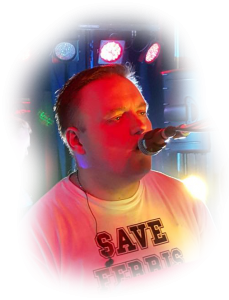 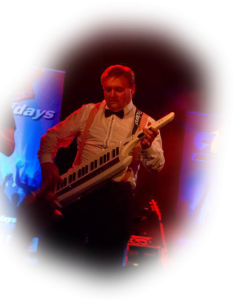 Pete was coerced into playing the keyboard by his school music teacher around thirteen years of age, and is eternally grateful for the shove in the right direction!  His first band was put together out of his GCSE music group in order to enter the prestigious TSB Rock School competition.  They lost!

From there he formed a small three piece rehearsing in an old school out in the fens where he was responsible for pretty much anything that wasn’t guitar or vocals – a crash course in programming and several line-up changes later and they were performing live at venues in and around Lincoln.  Playing mostly original material, Pete has performed at the Lincoln Rock Band competition several years running as well as the Scunthorpe Rock Open.  Around the same time, he began working as a DJ and has run a number of successful discos as well as working several clubs in the area.

Previously playing with Lincoln based outfit Tangled Fate, Pete was signed to Holier Than Thou Records, a tiny subsidiary of EMI, and began playing some more substantial gigs.  Sadly, Tangled Fate’s sound was simply before it’s time and the band went their separate ways when Pete moved to America to work as a Laser Tag engineer.

Returning to Blighty and the DJ/karaoke circuit, Pete met some of the other members of Stolen Fridays playing at various jam nights around the region and was convinced out of Rock God retirement to join the band as their erstwhile keyboard player and backing vocalist.